I thought I’d change the on-going 52 stories this year to an A to Z of 26 stories of  “All About Me”.  I plan to post bi-monthly, but I’m not holding myself to a certain time frame other than completing by year end. Originally I was going to do the “All About Me” for the 30 Day -April A to Z, but thought I might get just a wee bit long-winded, so I’m giving myself a longer time frame. Hopefully, by the time I reach letter Z, I will have written all I can remember about “me.” If you so feel inclined, why not join me in your own “A to Z” of All about Me!

Letter Z is for… Zoo, and Zip-a-Dee Doo-Dah 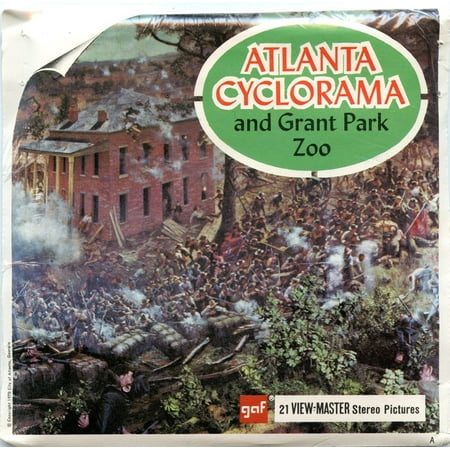 I have no memory of going to any zoo as a child, other than Grant Zoo which was across from Aunt Lena’s house in Atlanta. It was a small park that housed a few animals, which I have no memory of… but I do remember seeing the Cyclorama there. I vaguely have a memory of going there once with my mother… it was all about the Civil War, but it made a lasting impression on me, and I still can see the bodies of the men laying around all in battle.

Aunt Lena’s house sat directly across the street from the zoo, and whenever we visited, I always wanted to go to the park and swing. Only once, did I venture there by myself… and Aunt Lena came right after me… telling me how bad people hang around there.. and lectured me the entire walk back to her house… of how I can not, and better not go there by myself again…  and probably pulled me back to her house by my ear that day!

As an adult, I’ve only been to a couple of local zoos, but the one that hubby and I stopped at in Natural Bridge, Virginia (2016) was awesome; we were like two small kids there… at least I was! On our yearly trips to Georgia, we’d seen the large billboards for Safari Park Zoo… and always saying we should stop…. well we finally did! It’s comprised mostly of a drive-through, but also has a walk around of other fenced-in animals. As we stayed nearby, we were first in line to enter the next morning…. not wanting to disappoint the animals, we bought two buckets of food. I can’t believe hubby was going to let me feed them through the car windows… and boy was it a mess afterward!

Not really knowing what to expect, we read the directions of… either leave your windows up or down… don’t roll window up while the animals are near… don’t get out of your car… and only feed them from the bucket of food, not with your hands! It’s a three-mile ride through the 180-acre park, which takes over an hour or longer when it’s busy… you can even start over again… if you’re so inclined!

It was mostly Lahama’s who greeted us as we first rolled through the gate and I was amazed how they came right up to the car… eagerly and willing to stick their entire head inside our car to eat. At times it was hard to even get their head out of the bucket, and out of the car… if you could have only heard my conversation with them! Further in, we were greeted by elk and moose… their shoulders standing higher to the roof of our car… but their size was slightly intimidating, although they were super friendly as they looked in each window to see who in the car had food.

Further into the park were all types of deer, but they were more skittish and didn’t come to the car, but the Watusi cows with the “huge” Texas horns weren’t afraid to come say hello.

After our drive through, we parked…. brushed out as much of the dropped food and wiped off the slobber… there should be a car wash nearby! We decided to spend a little time in their walk through zoo area to see the kangaroos, bungees, giraffes, penguins, tigers, and wolves. It was the peacocks strutting down the sidewalks who first greeted us and definitely got our attention with their loud voices.

I headed first into the pen of the kangaroos where you pretty much walked among them. There were two outside on the pathway near me and I could see a Joey peeking out at me. While they were close enough for me to lean over and touch… I didn’t think I was ready for a possible boxing match, so I chose to photograph them instead. They just hopped around us, like we were nobody.

The next enclosure was the bungees (small parakeet birds) and if you had purchased bungee feeding sticks, they’d fly and light on your hand to feed. They were in colors of blue, green, and yellow… looking like Easter colors flying all around. You had to walk carefully inside their area so as not to step on them.

The giraffe exhibit was awesome and one of my favorites… and as you walked up to the petting area, you were immediately at the height of where their heads were. They were super friendly, coming right up to you and eating out of your hands while you petted them. Such beautiful animals and graceful walkers. I was wishing all my granddaughters were there to see them!

Somehow, we missed the giant tortoise exhibit, and by the time I remembered it… well it was too far to walk back too… gives us another reason for a return visit!

So if you find yourself riding through the Shenandoah Valley of Virginia on I-81 (Exit 180) and you see those billboards advertising Virgina Safari Park…. Don’t pass it by!

Zippety Do Dah… Zippety Day…. My Oh My… it’s a wonderful Day… I’ve finished my A to Z of All About Me before the end of the year! Did I have any doubts that I would… Definitely Not… as once I commit to something… I finish!

Did I remember everything about my life? Well, I hope so, but who can remember it all! At times, I wish I could have remembered more… and why can’t I! I find it so frustrating when I read all the memories that others remember… like my husband… he remembers so much about his childhood…. much more than I do… why don’t I remember?

Well as I committed to this A to Z this year… it’s done… over… finished, and off my bucket list… now I can move on to my next A to Z next year (2018) in April. I’m way ahead of schedule as I’ve already begun writing and editing my topic of Nancy Drew. Usually, I’m just picking my topic about a month before, but this idea came to me about six months ago… which is a good thing! I’m having so much fun writing All About Nancy Drew, that I’ve neglected to write other blog posts.

I’d like to shout out a big  “Thank You” to everyone who’s followed me along this year in the sharing of my memories, stories, and photos. It’s meant a lot to me in reading your comments of how I sparked a memory for you… doing many of the same things I did. I hope to see you be back in April for All About Nancy Drew!

Well now that I’ve written them down… I guess I don’t have to work so hard in remembering any longer… they are now written in stone for my children and grandchildren!

My blog is at: https://everyonehasafamilystorytotell.wordpress.com/
View all posts by Jeanne Bryan Insalaco →
This entry was posted in 2017: A to Z - All About Me, Daily Writings and funnies... and tagged A to Z All about Me, A to Z challenge 2017, Perry Ga. Bookmark the permalink.