When “heirlooms” aren’t identified, and their stories never told, they often become items tossed or sold – as they have no history, no ties to the family. So take the time to identify your family heirlooms history and record your memories so the family treasures aren’t tossed in the trash. They are just as valuable as your family photographs and also need to be documented. Sometimes it’s not even the value of the item in question; it’s the story which holds the value. 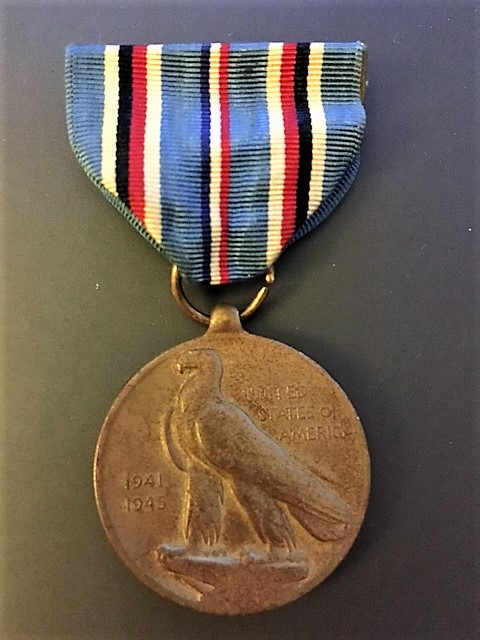 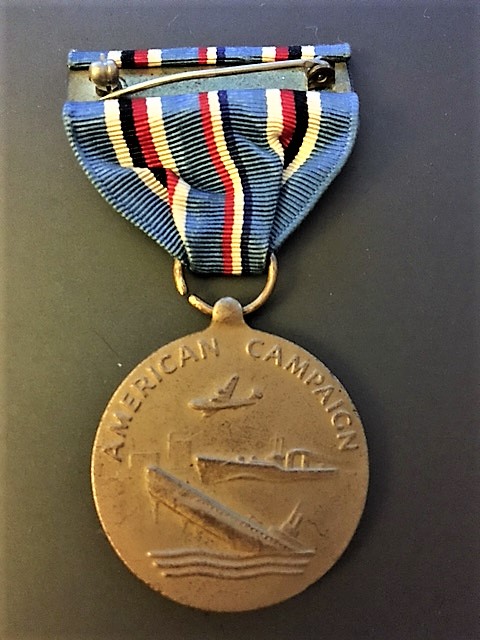 Recently, during a cleaning frenzy of mine, to finally return all things belonging to my children… I found this military medal pinned to a pillowcase, along with my son’s pin collection. I recognized it immediately as a military medal as I unrolled the pillowcase holding the pins. Knowing that it wasn’t one belonging to my uncle, who was killed in WWII, my mind thought of my father, and….

I pulled out my father’s Navy records, and there was the list of medals he had received, that no one seemed to know what happened to. Mama must have had it in her jewelry box all those years and never knew who exactly it belonged to. At this time in her life, she doesn’t remember ever having one of his medals, thinking they must have been at his mother’s. Maybe Daddy even gave it to me…. but whenever it was given to me, I wasn’t involved in family history at that time, but I did have the insight to put it away. When my son began collecting pins, somehow he seemed to have added it to his collection. But however, I have now been rewarded in finding it as I’m working to declutter my house… giving away, returning long-lost items of my children’s, and selling things no longer needed.

It was quite a surreal moment when I realized that this medal, that I had all along, and probably for over thirty plus years, was now returned to me… to finally preserve its history as an heirloom!

My father, “Harold Clayton Bryan”  never talked about his Navy history to me other than telling me how he’d lost his teeth by jumping in the radioactive water. I remember thinking about it, but never questioned him. I was too young to give it another thought of asking “why was it radioactive?” If I had thought to ask that question, I might have learned his Navy history! Where he jumped in the radioactive water was while serving on the USS Blue Ridge at Bikini Atoll. He witnessed all three “atomic bomb” blasts there in the summer of 1946 and surely had stories to tell! 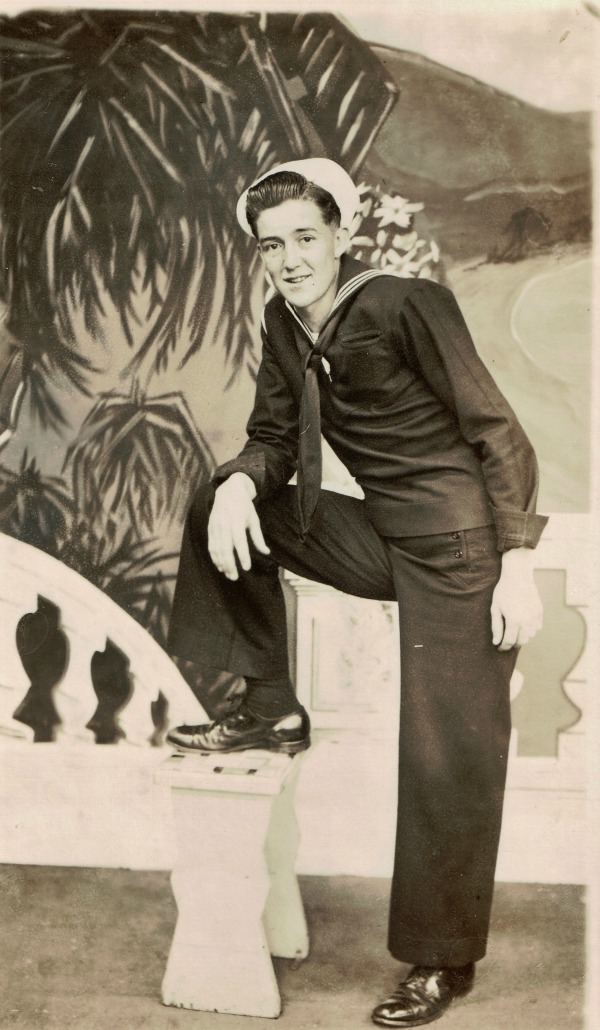 The American Campaign Medal was created in 1942, and issued by President Franklin D. Roosevelt; a military award of the United States Armed Forces. The medal’s purpose was to recognize those military members who performed military service in the American Theater of Operations during World War II.

Eligibility requirement was to have performed U.S. military service in the American Theater for at least thirty days outside of the USA or one-year inside the USA; service was to have been between December 7, 1941, and March 2, 1946. Daddy entered the Navy on September 4, 1945 – July 1, 1949.

I am missing the separate top bar as pictured here… but I have a feeling that I will find it!

The Campaign Medal is struck from bronze, measuring 1 1/4 inches wide. The back shows a Navy cruiser with a B-24 Liberator bomber flying overhead. In the foreground, there is a sinking enemy submarine; top of the medal are the words “AMERICAN CAMPAIGN.“

The front of the medal is the same design used on the reverse of both the Asiatic-Pacific Campaign Medal and the European-African-Middle Eastern Campaign Medal.  It was designed by Adolph Alexander Weinman, with the reverse designed by Thomas Hudson Jones. The front proudly depicts an American Bald Eagle, with dates 1941 – 1945 and the words… The United States of America.

The ribbon attached above is 1 3/8 inches wide in the color of oriental blue. In the center is a 1/8 inch center stripe divided into thirds of our “old glory” colors… blue, white, and scarlet. Between the center and the edges are stripes of 1/16 inch in the colors of white, black, scarlet and white. The blue color represents the Americas, with the central blue, white and red stripes representing the continuance of American defense after Pearl Harbor. The white and black stripes represent the German part of the conflict on the Atlantic Coast, and the red and white stripes are for the Japanese colors and they refer to that part of the conflict that took place on the Pacific Coast.

Thank You for your service Daddy!

My blog is at: https://everyonehasafamilystorytotell.wordpress.com/
View all posts by Jeanne Bryan Insalaco →
This entry was posted in Daily Writings and funnies.... Bookmark the permalink.