The Blogging from A to Z challenge is to post everyday during the month of April 2016, except Sunday. I will start with the letter A and hopefully make it all  the way to Z. I hope you enjoy the read!

Coffee is out on the porch, so grab a cup and come on in… 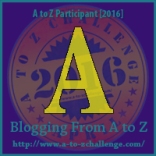 Let’s begin with A for apple pie – and what’s better than a apple pie, a Southern fried apple pie! My mother never forgets just how good her mother made them – my grandmother. I really didn’t know my grandmother as a person before the onset of Alzheimer’s set in – in the late 50’s;  at that time it was just called losing your mind. After the death of her son during WWII, my grandmother was never the same – slowly slipping into her own world to deal with her loss. I learned to know my grandmother through the foods  she loved and cooked. If only I could have just eaten one of those fried apple pies I heard so much about, but I have the memories from mama to remind me.

Have you ever had a fried apple pie? If not you are surely missing out on a Southern treat! Grandmama made hers using biscuit dough – she used biscuit dough for everything. To make the fried pies – roll out a small ball of dough, add the apple pie mixture on one side or even just a few apples mixed with brown sugar, cinnamon and butter, fold the dough over and crimp edges – add a small layer of oil in your pan and fry them on both sides. They’re so good – makes you wanna slap ya mama!

Granddaddy’s field was where the horse apple trees were, as my mother calls them; I’m thinking they were more just green apples, as you don’t really eat “horse apples.” Did I tell you that mama learned to park in between those apple trees – granddaddy said that’s what killed them – by all the backing into and scraping the bark off. She learned to drive in an old truck – out in the field –  putting me in a box on the front floorboard – imagine!

Mama remembers the best way to eat those green apples were to pick you a few and find a good hiding place – and wait for them to mellow. The problem with that, was keeping your brother from finding them, and that happened often; it was always fun to steal away the mellow apples you found, especially if they had been hid by your sister!

Eating from that apple tree wasn’t always without consequences, one day mama spied a pretty mellow apple all the way at the tippy top. Her father warned her against climbing up that high, but did she listen – No! She made it all the way up, but no sooner than she grabbed that apple – down she fell – but still with apple in hand; she ended up straddling the barb wire fence below the tree. Needless to say she cried all the way home, but still sat on the back stoop eating that apple – and crying. 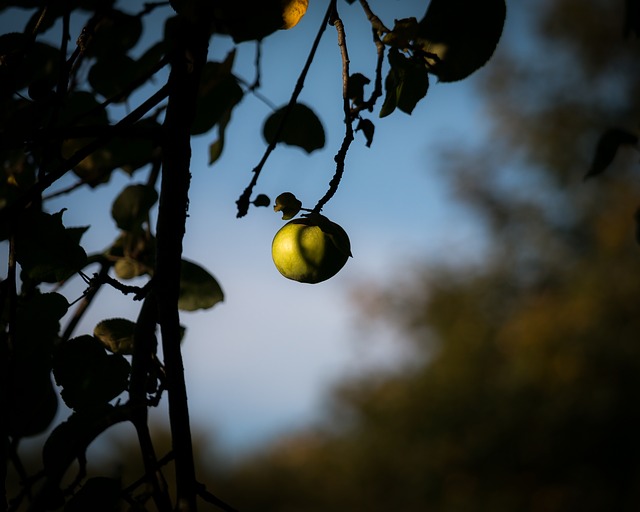 Mama still says – “that apple was just so pretty hanging up on the top of that tree!”

Ya’ll come back now – ya hear!

My blog is at: https://everyonehasafamilystorytotell.wordpress.com/
View all posts by Jeanne Bryan Insalaco →
This entry was posted in 2016: Blogging from A to Z Challenge, Daily Writings and funnies... and tagged A to Z, A to Z challenge 2016, apple, apple pie, fried apple pie, green apple, horse apples, mama, southern, southern foods. Bookmark the permalink.